I apologize for not getting a post up on Monday. I was hoping to, but things happened. Oh, well. I’m back to it today.

This week, we’re talking about not giving up.

As writers, a lot of us think about giving up at some point. I know I sure did. Well, we can’t. Things can start happening.

Personally, I was saving up for months for an editor that I wanted, and even after those several months, I was still nowhere close to having the amount of money that I needed.

I was so discouraged. I wanted to give up.

I thought about giving up for a long time. Then, things started changing. My publisher reached out to me, I gave her a call, and she directed me toward an editor that was actually in my price range.

Never give up on this dream you have. If I had given up, I never would have been able to achieve this crazy dream of being a published author. Mind you, I’m not there yet, but now my final draft is done, and I will be there very soon.

I heard about one author who was published for ten years and didn’t do very well at all. She really thought about giving up, and was planning on it. Well, she did an interview that caught Oprah’s attention. So what happened? This author was invited to be on Oprah’s show. She never would have done that if she had actually given up.

Never give up. Things can always change for the better. 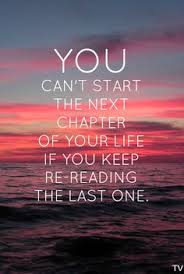 different genre, don't give up, keep the faith, Lesson Eighteen, lessons, my genre, trial and error

Today, I’m going to talk to you about giving up. Don’t do it. That’s not allowed. Do you really want to get that book written? Great. Are you stuck? That’s okay. Take a break. But make sure you come back to it.

We all need breaks as writers. I’ve said that before. The problem with breaks, though, is that sometimes we never get off the break. I’ve done that. I started a fantasy novel, took a break because I was stuck, and never came back. That piece is nicely dead now. It was even read out as a Bring Out Your Dead piece on the Newbie Writers’ Podcast! (http://www.newbiewriters.com/)

Maybe some things you’ll give up on. Maybe it just wasn’t your genre. I discovered fantasy just was not the genre of writing that I was good at, so I eventually decided I wouldn’t go back to it. That’s when I sent it in as a dead piece. It’s okay to abandon a project if it’s not your genre, but don’t you dare give up writing completely. we have failed projects. We have early, horrible projects. That’s okay. Sometimes writing is trial and error. Don’t you dare give it up completely. That’s not okay. Try a different genre. Try writing a genre that you read a lot. I read a lot of Agatha Christie. That’s how I got into writing murder mysteries.

What is your genre? What do you like to read? Feel free to let me know.

Check out my new blog: http://mylifeaccordingtocourtney.wordpress.com/

As always, keep the faith, writers. I believe in you all.